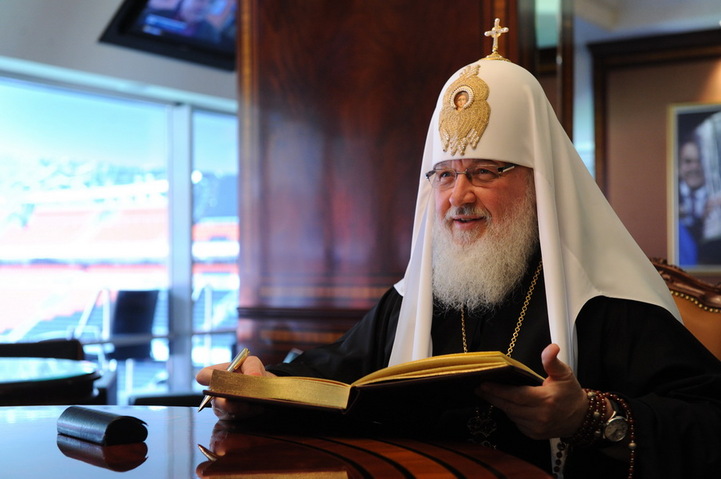 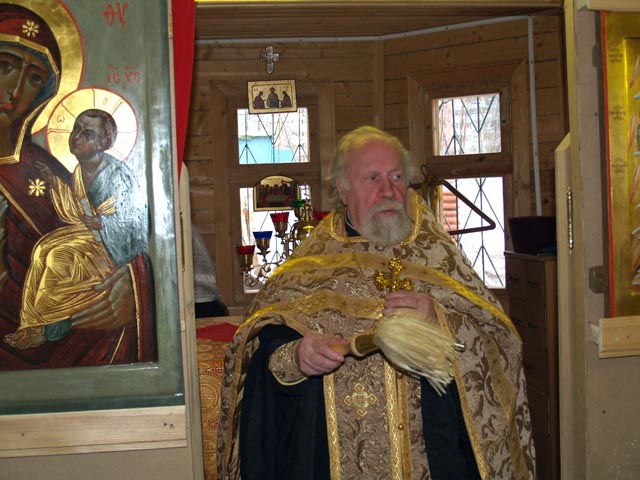 O death, where is thy sting? [1 Cor. 15:55]
Father Daniel foresaw his death even a few years before what has happened.

He always wanted to be worthy of a martyr’s crown and the Lord has given him such a crown. Those who shot at him wanted to spit yet another time into the face of the Church, as they once spit in the face of Christ, but they have not obtained their desire as it is impossible to spit in the face of the Church. Father Daniel went to his own Golgotha right in the church, which he had been building and to which he had been giving all time and energy. He was killed like an
ancient prophet, that is, between the altar and the sanctuary, and he was really worthy of being called a martyr.

He died for Christ, Whom he served with all his strength.

He often told me that he was afraid that he would not manage to do the things he wanted, very many things. He hurried. Humanly speaking, he had some extremes and exaggerations, he stumbled and made mistakes, but he did not make mistakes in the main thing; his life was
completely dedicated to HIM.

I didn’t understand why he hurried. For the final three years he devoted himself to ministry without days off or vacation. I grumbled; I desired, at least sometimes, simple happiness: that my husband and my kids father would be with me and them But a different path had been prepared for him.

Those words were forgotten until now. He told me which vestments to bury him in. I joked at the time that we should not talk about that as it is not known who will be burying whom. He said that I would be burying him. One day funerals were brought up in a conversation. I do not remember the whole conversation but I said that I had never been at a funeral service for a priest. And he told me not to worry, that I would be at his.

Now, many words are remembered and their meaning has been found. Now, my perplexity has been resolved and my incomprehension has been dispersed.

We did not say goodbye in this life, or ask forgiveness of one another, or hug one another. It was a normal day: he left for liturgy in the morning and I never saw him again.

Why did I not go to church that day to pick him up? After all, I had thought about it, but I decided that I had to make dinner and put the kids to sleep. Because of the kids I did not go: some Hand did not let me go. The day before I went to the church and picked him up. I felt
how the clouds were gathering over us. And the last few days I was trying to be with him more often. The final week I was thinking only about death and life beyond death. I failed to comprehend either of them. On that day, the words “death is breathing down the back of the
neck” were daunting me. My heart was feeling so heavy in that last week, as if a many-tonned burden had fallen on me.

I’m not in the least broken. He is supporting me; I feel that he is near. During this time we have told each other many tender words, more than we said throughout our whole life. Only now I understand how strongly we loved each other.

The 40th day after Fr. Daniel’s repose (December 29) falls on the day before his name’s day and the feast day of the future church, Prophet Daniel: December 30. According to an elders prophecy, the church would be built but Fr. Daniel would not serve in it. The second has already
been fulfilled. 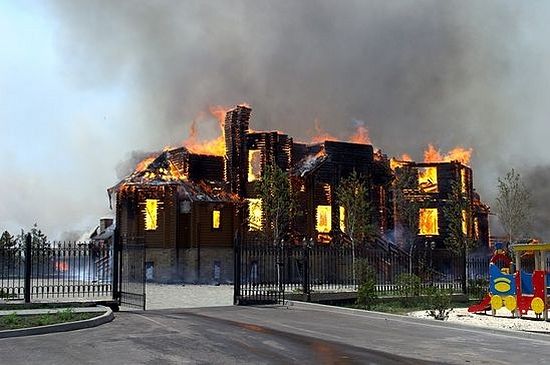